When we look back on the 1960s, its hard to comprehend how long it took people to act on the mounting evidence of the dangers of cigarettes. Smoking was pervasive and socially acceptable. Movie theaters allowed smoking, usually in the balcony or back rows, well into the 1980s depending on what state-wide public smoking bans had been put in place. Airlines allowed smoking on all flights — albeit only in the “back rows” — until 1990.  And in most of the country, up until 2003, if you walked into a restaurant, the hostess might have asked you which section you’d like to sit in, “smoking or non-smoking?” It’s hard to imagine.

As hard as it is to imagine, the reality is that we (the public) are all too often swayed by social norms (“everyone smokes”) and marketers — cigarette smoking was advertised as something fresh, outdoorsy, and even irresistible. 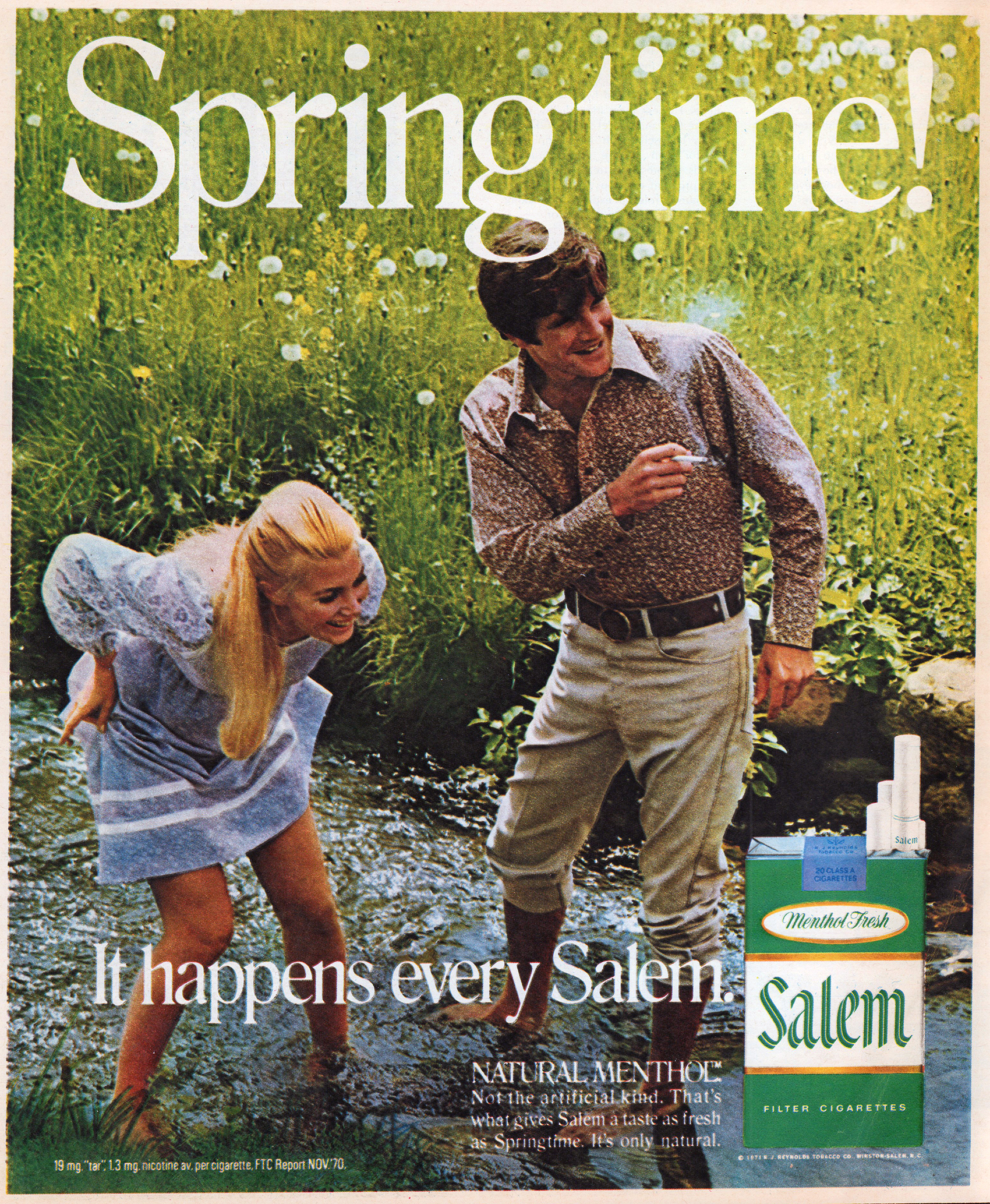 But the tide started to turn in the late 60s. In 1967 all TV stations were required to broadcast anti-smoking PSAs (one anti-smoking PSA for every three cigarette ads) and the “number of U.S. smokers began to decline sharply” (Politico). In 1970 Congress banned all cigarette advertising on TV and radio (also Politico). Advertising in magazines, newspapers billboards, and transit was finally banned in 1998 (Truth Initiative).

As consumers became more informed, and cigarette advertising was being curtailed, and smoking in public spaces was being banned, smoking rates declined steadily — an unbelievable 42% of adults were smoking in 1965 — the latest CDC data shows a significant decline but still 17% of adults are smoking (2014 data per CDC). Stepping up the anti-smoking game, in 1985 graphic warning labels started to appear on cigarette packaging (National Center for Biotechnology Information) but in the U.S. these were found to be unconstitutional.

This brief history of smoking supports the following claims:

Given all we know about smoking and how long it took to change the landscape, what is it that we will look back on, in 50 years, and wonder:

WHAT WERE WE THINKING?

What are we doing now that will look bizarre and unimaginable in 50 years? I can think of quite a few but I’ve picked three that I think are likely candidates, and these three also have either a negative impact on quality of life or a significant cost of reversing the damage done:

Will we look back and wonder why we were eating that way? Why were we consuming so much and throwing so much away? Why did we continually (at an individual and government level) continue to spend more than we earned? What will it take to turn the tide — when will enough people and organizations act in unison to change these?

Look at food for example – you have almost certainly heard a number of stories about a man (or woman) who is given a death sentence from his doctor. In a panic, he transforms his life. And the result is miraculous. Guess what? He was committed. He made a plan — and stuck to it.

There are plenty of stories of people who completely transform their lives once they commit. Forks Over Knives, which recommends plant-based eating, is full of these stories. A commitment to change the food you eat could be all about plants, or it could be committing to follow Michael Pollan’s simple advice: eat real food (that your grandmother or great-grandmother would recognize), not much of it, and mostly plants. It’s about making a decision, and then committing to it. So, about food, or work, or relationships, or your home:

What could be possible if you were to commit?

What do you want to commit to?

If not now, when?

Of note, “if not now, when?” is not a new expression. The oldest credit for this quotation that I can find is to Rabbi Hillel who said: “If I am not for me, who will be for me? And when I am for myself alone, what am I? And if not now, then when?”

You don’t need to always fit in.  You don’t have to wait for the tide to turn. You have the wisdom to know what’s important to you and make the decision to change what you can, and to commit to that change.

Stay well, and I hope you find something you’re willing to commit to.